Dr. David Dalin, an ordained rabbi and widely published scholar of American Jewish history and Jewish-Christian relations, has taught Jewish studies at several universities. He has been a Visiting Professor at George Washington University and at the Jewish Theological Seminary, and has been the Taube Research Fellow in American History at Stanford University. He has recently been appointed as a Senior Research Fellow at Brandeis University. During the 2002-2003 academic year, he was a Visiting Fellow at Princeton University’s James Madison Program in American Ideals and Institutions. Since then, he has been a member of Princeton University’s James Madison Society. 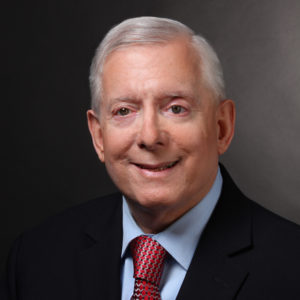 Dr. David Dalin now serves on the Academic Advisory and Editorial Board for the Jacob Rader Marcus Center of the American Jewish Archives and as a member of the Board of Directors of the Palm Beach County (Florida) Region of the American Jewish Committee. Additionally, he has been an Adjunct Scholar at the Ethics and Public Policy Center in Washington, D.C. and a member of the Academic Council of the David S. Wyman Institute for Holocaust Studies.

Dr. David Dalin has been awarded a Research Fellowship at the Fred W. Smith National Library for the Study of George Washington, in Mount Vernon, Virginia. He is the author, co-author or editor of eleven previous books, including Religion and State in the American Jewish Experience (co-authored with Jonathan D. Sarna), which in 1998 was selected by CHOICE magazine as one of the Outstanding Academic Books of 1997.

Considered to be one of the country’s leading authorities on American Jewish-Presidential relations, he is the co-author of the book The Presidents of the United States and the Jews, published in 2000, and author of the seminal article on “Presidents, Presidents Appointments and America’s Jews,” that was published in the 2001 book Jews in American Politics, edited by L. Sandy Maisel and Ira N. Forman. His article on “Jews and the American Presidency,” appeared in the 2008 book Religion, Race and the American Presidency.

Dr. Dalin is the co-author a book about the Mufti of Jerusalem, Icon of Evil: Hitler’s Mufti and the Rise of Radical Islam, that was published by Random House in 2008, and was on the San Francisco Chronicle Best-Seller list for several weeks. The Introduction to the paperback edition of Icon of Evil was written by Professor Alan Dershowitz of Harvard Law School.

Dr. Dalin’s new book, Jewish Justices of the Supreme Court, from Brandeis to Kagan – Their Lives and Legacies, published by Brandeis University Press on April 4, 2017, is the first history of the eight Jewish men and women who have served or who currently serve as justices of the United States Supreme Court. This nationally-acclaimed book was selected as a Finalist for the Jewish Book Council’s 2017 National Jewish Book Award.

Dr. Dalin has lectured extensively on American Jewish history and politics, Jewish-Christian relations, Jews and Baseball and contemporary Jewish affairs. He has served as a featured speaker at universities, synagogues and Jewish communal institutions throughout the United States and in Europe and Israel.